By Pastor Robert Earl Houston on October 2, 2012 | Leave a comment

From the Atlanta Journal-Constitution
By Michelle E. Shaw 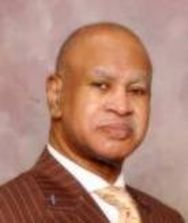 “His mother said she knew when he was in the womb that he was going to preach,” said Carolyn Scott, his wife of almost 28 years. “His sister even said it, but he’d look at me and shake his head, as if to say, not me. But then it happened.”

In 1987 a mysterious and debilitating illness befell Rev. Scott and while he was incapacitated, he surrendered to a spiritual calling that he’d suppressed for years.

“He later said he knew it was there, but that he’d always wanted to be an attorney,” said Dr. Scott, who fully supported her husband’s move to church ministry. “He thought he could just be a Christian attorney, but he was supposed to be a preacher and that is where he ended up.”

Rev. Scott, of Riverdale, died Sept. 24 from complications of respiratory failure. He was 64. A funeral was held Monday at Emmaus Road Missionary Baptist Church, which he established 16 years ago and pastored ever since. His body was buried at Greenwood Cemetery. Willie A. Watkins Funeral Home was in charge of arrangements.

In 1991, the Scotts left the home they’d made together in Waco, Texas, where he worked in the district attorney’s office, and moved to Atlanta. He willingly walked away from his 11-year law career and went back to school even though he’d already earned an undergraduate degree in political science from Huston-Tilloston University, a master’s degree in public administration from Southern Methodist University and a law degree from Howard University.

“He said, ‘I’ve got to do this right, I’ve got to get educated,’” his wife said. “And so we picked Atlanta because I’ve got some cousins here and our two oldest children were very young at the time.”

In the mid-90s, Rev. Scott graduated from the Interdenominational Theological Center in the Atlanta University Center with a master’s in divinity, but then went on to earn a doctorate of theology from Restoration Theological Seminary in Morrow.

He started Emmaus Road Baptist after he failed to find the right fit at other churches in the city, his wife said. In 1996 Rev. Scott started the church with just his wife and children, but membership grew steadily over the years. Dr. Scott estimates the church now has approximately 500 members.

Fulton County Commissioner Bill Edwards said it’s not just the church that lost its pastor, “but this community lost a great warrior. Rev. Scott was a person you could depend on and he wasn’t so big that he didn’t come outside his church. He enjoyed serving his community.”

In addition to his wife, Rev. Scott is survived by sons, David Scott of Dallas, and Benjamin Scott of Riverdale; a daughter, Hillary Scott of Dallas; sisters Sherry Thompson, Ruth Brinkly-Cooper, Linda Collins-Wrighten and Stephanie Wormley, all of Dallas; and four grandchildren.