How to Apply For a Church (Friendly Advice) 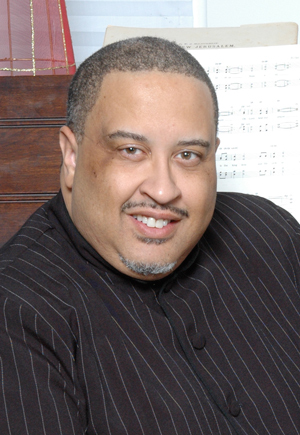 This site is one of the first and certainly now one among many that offer a listing of African-American Baptist Churches that are looking for a pastor. I want to attempt to say a few things about the application process as it relates to this site:

a.  We DO NOT accept any resumes or issue any verbal invitations on behalf of any church – period. Every posting has a method of contact with the individual church. Frankly, I don’t need to know how long you’ve been in ministry, your desires, etc. Contact the local church ONLY.

b.  We DO NOT refer or endorse any candidate to a church. I can’t tell you how many times I’ve gotten a call from a Pulpit Committee and they’ve said, “Rev. XYZ has your name listed as a reference” and I haven’t either seen or spoken with that person either before or in years. In order for me to provide this service, I have to do so without ulterior motives and so I cannot do so, risk my integrity, by endorsing anyone to a church. Especially nowadays with so much foolishness happening in pulpits, if I don’t know you, it’s not in your best interest nor in the best interest of a church to endorse you or “set up an appointment.” (Obvious exception is for the sons and daughters of First Baptist Church).

c.  If you intend to apply for a church – get your stuff together. It doesn’t make any sense to apply for EVERY CHURCH that you find on the internet. God is not that schizophrenic that every church is for you. Be careful. Some churches are traditional and they want to stay there. Some churches are making transitions to new styles of worship. Some churches have no intention on joining this or that group. And, very importantly – learn how to put together a good resume before you send it off to a church. And for the love of the Lord, please learn how to spell and use english correctly. If I were advising a pulpit committee, if you misspelled “church” or “Jesus” or “resume” – you would be disqualified. If you offered a church a “vision package” that you have never seen before, never visited – you would be disqualified. One size does not fit all church.

d.  Pray. When I candidated for a church in Southern California, a dear friend of mine, Bishop Kenneth Spears, Sr. told me something I will never forget: “Rob, pray. He who prays the most . . .” And here I am, 17 years later giving the same advice – pray. Don’t pray “Lord, send me to this church.” No, that’s a selfish and self-motivated prayer. I believe a better prayer is “Lord, if it’s your will, and it will be a blessing to that body of believers, Lord, I am available to you.” I have discovered that pastoring is not about skill sets.

I candidated for a church once and it was between me and another minister. He did everything he could do to politically win the “election.” The problem was I was looking for a call, he was looking for an election. Big difference. He won the election. I accepted the Lord’s will in the matter and today, the Church is a shell of what she used to be – because of God’s ALLOWABLE WILL. Sometimes God does not send the best qualified nor the best equipped – sometimes He sends someone for His own reasons to enter the church into a rough season. Again, pray.

Again, I provide this service to be a blessing to the body of Christ. I try to keep the list as current as possible and I can tell you that most churches “settle in” for the winter and pulpit vacancies are few in the winter, but after the first of the year, after the holidays, Pulpit Committees get cranked up. I pray that you will submit yourself to his will in this process.

The Obituary of Rev. Danny Kirk, Sr., Fort Worth, TX

By Pastor Robert Earl Houston on November 1, 2012 | Leave a comment

From the Fort Worth Star-Telegram:

A loving husband, father, pastor, mentor and friend, Danny Kirk Sr., 53, of Greater Sweethome Missionary Baptist Church in Forest Hill, cared for and loved so many, finished the 18th hole and went home to be with our Lord and Savior Jesus Christ on Monday, Oct. 29, 2012. Celebration of life: Noon Saturday at Great Commission Missionary Baptist Church, 7700 McCart Ave., Dr. Douglas Brown, officiating, and gracious host, Pastor Derek Winkley, eulogist. Pastor Kirk will be entombed next to his daughter, Dannyell, in the mausoleum in Cedar Hill Memorial Park.

Visitation: Those wishing to pay respect to Pastor Kirk may do so 9 a.m. to 3 p.m. Friday as he rests in repose in the Veronica Chapel at Gregory W. Spencer Funeral Directors and may visit 4 to 9 p.m. Friday at the church that he loved and labored for, Greater Sweethome Baptist Church, 7312 Forest Hill Drive. Pastor Kirk was a man after God’s own heart and served the people and community of Forest Hill with love and respect, where he never met a stranger and God planted a vision to organize the Greater Sweethome Baptist Church in 1995.

Pastor was a devoted golfer, and every free moment he wasn’t laboring in the ministry, he tried to go and tee off with his fellow pastor friends.

FRANKFORT, KY – I will be entering the voting booth just one block from my home on Tuesday morning to exercise a right I’ve possessed since May 17, 1978 – the right to vote. To me it is a sacred honor.

The premier election matter is the choice of a President of these United States who will lead us from January 2013-January 2017. I am voting for Barack Obama.

Since his entrance into national politics a few years ago, President Obama has yet to be the recipient of what our forefathers called “the loyal opposition.” Instead his Presidency has been haunted by those who sought his demise on day one. The GOP has yet to reach their hands across the aisles to work with the President who came into the office with a strong mandate only to see it circumvented by an angry and disenchanted Republican Party, which contains a sizeable portion of either those who are racist or racist in their actions, words and deeds.

Never in our nation’s history has the President been so disrespected. As an African-American male who has been in Christian Denominational life with the Southern Baptist Convention, in the workplace, and in corporate America – racism yet lives. However to hear our nation’s so-called leaders blatanly disrespect him, the Party of Lincoln resembles more of the Party of Bull Connor. Let’s call the roll, Mitch McConnell, John McCain, Rush Limbaugh, Sean Hannity, Michele Bachmann, Richard Land, Mark Levin, Billy Graham, and others, who are so desperate to get the President out of the White House, that they will support a member of what used to be an SBC and Billy Graham Evangelistic Association group that was labeled a cult less than a year ago, to the point of now they are hair-splitting for the appearance of some theological discourse on “theological cult” vs. “social cult.” It’s gobbledy-gook, malarky and another term that I will not use here that rhymes with “Mitt” in the same basket.

I don’t agree with President Obama carte blanche. But I didn’t agree with every President from 1978 until today. I had issues with Presidents Carter, Reagan, Bush 1, Clinton, Bush 2, and yes, President Obama. However, my differences, whether they are political or theological, does not make me myopic and those are on the GOP Far Right, like former Governor Mike Huckabee, needs to understand that I’m not going to vote against someone over one issue. This is not a one issue election, no matter how people try to spin it. I’m not that stupid to accept the premise that God is going to take into account my vote for eternity. If that’s the case, the Children of Israel all should be in hell right now for supporting a King form of governance when God had set up, which were Judges.

I believe that President Obama inherited a mess. Any reasonable person understands that when you move into the White House in January of 2008, and discover the nation is embroiled in two non-paid for wars, economic failure, and the verge of economic collapse of several industries – no one person can get this reversed overnight, especially with a hostile minority then majority House of Representatives who seek sound bites instead of solutions. However, he has been able to stem the bleeding from the recession, jobs are rising slowly – but that beats the alternative, and for the black community – he has been the paragon of virtue as a husband and a father.

The Far Right has not only labeled the President everything but a child of God, but they have chosen a path that leads to destruction. The blatantly racism comments about the President, the rape comments, the hatred of fellow citizens because of their lifestyles, the inference that every policy of the President is socialist, and the fact that the GOP is in the backpocket of millionaires and is no longer the Grand Old Party. It’s not grand when they hate blacks, hispanics, fear-mongering, lies, voter suppression, etc.

So, I’m supporting the re-election of President Obama. While this nation is going through a seismic re-alignment that my pentecostal friends would call a “shift” – it doesn’t make sense to change Commanders in Chief at this time. There is a cultural shift occurring in this nation and I believe that as this name experiences change numerically, culturally, educationally, and in so many other ways – I’d rather have a level head on the deck instead of a Chicken Little who cries, “the sky is falling” when it’s not falling.

By Pastor Robert Earl Houston on November 1, 2012 | Leave a comment

First Baptist Church is saddened by the homegoing of our member, Sis. Julia Elizabeth Monie Griffin. Her homegoing services will be held on Friday, November 2, 2012. Visitation is from 10 a.m. to 11:45 a.m. Homegoing Service begins at 12:00 Noon. Pastor Robert Earl Houston will be officiating.

Julia Elizabeth Monie Griffin, was born to the union of Will Berry and Emma Monie.  She entered this life on February 28, 1933 and went to be with her Lord and Savior Jesus Christ on October 30, 2012 surrounded by her loving family.

Julia professed her faith in Christ at an early age and joined First Baptist Church, under the pastorate of Rev. R.E.S. Utterbach.  She sang in the Women’s Choir and Young Adult Choir.  She was instrumental in the remodeling of the restrooms in the Fellowship Hall and remained a member until her death.

She was educated at Rosenwald School and graduated from Mayo-Underwood High School.  Julia was gifted with a beautiful voice and sang throughout her younger years in her high school Glee Club and at First Baptist Church.  Julia was also a member of the gospel group “The Harmonettes,” which performed in churches throughout Kentucky during the 1950’s.  In later year, her favorite past time was talking on the phone into the late hours with her cousin, Mabel Conda.

Julia was preceded in death by her parents, son Dennis Griffin and her brother William Monie