One Pastor’s Response to “Taking Our Country Back” 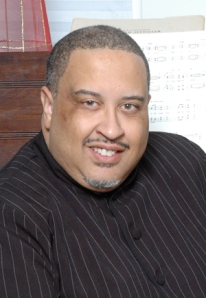 Ever since the election of Barack Obama in 2008, the words “We need to take our country back” has been the deafening mantra of the political right-wing of this nation. As a pastor of an African-American congregation in the upper regions of the Bible Belt, I want to offer a perspective of those words and why I and many in this nation despise the use of this phrase.

First off, the right wing and sadly, right wing evangelicals are not owners of this country. You may own houses, lands, businesses and at one time, people – but you have no exclusive claim on this nation. We are all shareholders. We are all part owners of this great land of the USA. When I was pastoring in California, one of the women of our church gave a speech during church anniversary and she likened the church to the porch of her childhood home. She said that her family could identify when each plank was laid down and they were plankowners. We are all plankowners, disrespective of our political views.

Secondly, it insinuates that illegal means were used to elect our president. You can disagree with policy. You have that right. But this is a country of laws. The president was duly elected TWICE. He did not, as some like to say, usurp anyone to be elected. He did not illegally gain votes. He did not force anyone to vote for him. He was, just as EVERY PRESIDENT BEFORE HIM, duly elected into office. I’m surprised at evangelicals especially – because for people who allegedly know the Word of God, and know that we have an obligation to pray for those in leadership, how can you contrast that with a hatred that seems to go beyond political ideology and appears to be misguided at best and hints of racism at worst.

Thirdly, it suggests that others don’t belong here. Listen, there are groups I have problems with theologically, ideologically – but this land is big enough for all of us to co-exist. According to their mantra, they don’t believe that people of color should be here, that people with different lifestyles should be here (or even alive), that people who are elderly and sick should still be allowed to be here, that people who cannot find a job should pay taxes on money they don’t posses – while forgetting that the colonists usurped the authority of the native American Indians by taking over their lands, wiping out their culture – all in the name of a ridiculous theory of “manifest destiny” while bringing over slaves of black, brown and asian hues to create commerce and infrastructure. I believe all of us belong here.

So, when another political party wins, the nation is not “there’s” it’s still belongs to all of us. Otherwise, that kind of thinking will result in people doing stupid things. This government is not President Obama’s government – it belongs to all of us. Mitt Romney had it wrong – corporations are  not people; government is people – for it and by it. Our democracy is built upon the fact that we can co-exist. After 200 plus years, it seems to me that we should be able to stand on that principle.