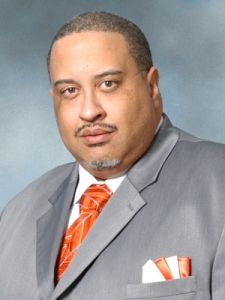 This was an extraordinary day. The temperature is dropping. We are slowing making the transition from fall into winter. The trees are shedding their green leaves and Thanksgiving is just a few days away.

We had a great crowd today during our 8 a.m. service as we gathered for not just worship but to hear our newest associate minister, Sister Angela Washington, preach her first public sermon. 34 years ago we would call that a “trial sermon” – however times have changed. Worship began with the hymn written by Kenneth Morris, “Christ Is All.” I’ve loved this hymn since I heard it when I was child. Later in the service Minister Washington blessed us tremendously with the sermon, “An Epiphany of Faith.” She closed with a memorable illustration about a frog who got out of a pit in a land of frogs, even though the odds and fellow frogs were against it. I was truly proud of her. She labored well over the sermon and I heard some “Houstonisms” in her presentation, which made my chest stick out like a proud father in the ministry.

After teaching Sunday School (and what a great lesson it was on Hebrews 12) it was time for our 11 a.m. service. The crowd was down due to a shift in those who attended 8 a.m. but by preaching time, we had a nice crowd in attendance. The Gospel Choir really sang and they never fail to give God their best. I am grateful for their music ministry. I recently purchased an iPad Mini so I preached from it for the very first time. It actually went very well although the print was smaller compared to my iPad 3.  When I preached in Cleveland earlier this year, Rev. Derek Witcher of the Israelite Missionary Baptist Church taught me how to save it as a PDF, with 24 point, and then open the document in iBooks, so that the pages would go back and forth like a book.

Today’s sermon was “How to Survive the Holidays” gleaned from Ephesians 4:26-27. I shared with the congregation that this time of the year is like a powderkeg in many of our homes because of the stressors of the holidays. Due to all of this stress, we find ourselves doing and saying some ugly things during the holidays, however, Paul gives us some needed prescriptions to this malady:

I.  Be Ye Angry and Sin Not
II. Let Not the Sun Go Down Upon Your Wrath
III. Neither Give Place to the Devil

God was exceptionally kind to us in this sermon and for the first time in about three months, a young man united with the church for baptism. I couldn’t help to remember the prophecy given by Dr. Kilen Gray when he preached for us a few days ago that God was getting ready to take us to another level and I feel that today was the down payment. To God be the Glory.

A few of us gathered this afternoon for corporate prayer at 5 p.m. and that was a beautiful end to a great, great day.

The Oregon Ducks were the number one team in the nation – for about 45 minutes. It was a terrible loss at home in Eugene, Oregon and the shock of the game on the students’ faces told the story. They need a clutch kicker. He missed two opportunities to either have won or win the game for the Ducks.

I’m not into the new NBA season as of yet. I understand that the New York Knicks have been tearing up the league – but it’s all early. We’ll see after the first of the year where the league is at. Now, I’m concentrating on football.

Buffalo 19, Miami 14 – gone are the good old days of Miami teams that could actually play in the NFL.
Atlanta 23, Arizona 19 – Good rebound for the Falcons. They’re cruising to the playoffs.
Tampa Bay 27, Carolina 21 – Not a bad overtime game. Carolina’s having a horrible season.
Dallas 23, Cleveland 20 – Could it be that Dallas may be heading to the post-season? The Browns defense was killing themselves.
Green Bay 24, Detroit 20 – Green Bay is now officially on auto-pilot. The playoffs await.
Houston 43, Jacksonville 37 – The Texans can start printing their playoff tickets. They’re in.
Cincinnati 28, Kansas City 6 – The Bengals made it look easy and KC didn’t just help, they facilitated.
NY Jets 27, St. Louis 13 – The problems are still there. They need to trade Tebow to Jacksonville.
Washington 31, Philadelphia 6 – RG3 was off the hook and it’s time to end the Reid/Vick experiment. Fire Reid and retire Vick – according to reports, his injuries are more serious than previously thought. For his own good, retire him.
New Orleans 38, Oakland 17 – Who Dat? It’s the Saints clawing their way into playoff contention.
Denver 30, San Diego 23 – One of the best rivalries in the AFC but Manning is playing like a youngster again.
New England 59, Indianapolis 24 – Embarrassing game of the day. Andrew, you had no luck and no chance.
Sunday Game: Baltimore at Pittsburgh
Monday Game: Chicago at San Francisco