The Gospel According to Dr. Timothy J. Winters

Today marked the end of a 40 year pastoral career in San Diego, California. Today is the final Sunday as pastor of the Bayview Baptist Church for my friend, and friend of all preachers, Dr. Timothy James Winters.

I met Dr. Winters many years ago. I knew of him from afar and became one of his colleagues at the California Missionary Baptist State Convention and then we became quick friends when the Lord moved me to San Diego in 1995. Dr. Winters was president of the Baptist Ministers Union and one of the first pastors in the area to reach out to me and welcome me to the area.

We exchanged pulpits on several occasions. My congregation was about 1/10th of the size of Bayview, but that was never an issue in our fellowship. When I came to San Diego and people were joining there by the droves, Dr. Winters spoke highly of it, and I think he respected the fact that I wasn’t try to “sheep steal” but just preach and let the Lord send whomever He would send.

Matter of fact, when I decided to leave my congregation in San Diego – Dr. Winters was one of the first to hear it and he gave me great counsel. He encouraged me, brought me back to Bayview on several occasions to preach. And when he was in the area, I made it a point to find him, if for nothing else, to break bread. He is a walking encyclopedia of pastoral knowledge.

I appreciated the honesty in his counsel. He was the pastor that encouraged me to step out on faith, especially in the area of personal stewardship. Anyone who knows me, knows that I have no problem with giving – at my church, in my General Association, even in my National Convention – and it’s because I watched Timothy J. Winters – even in his building programs, be one, if not the, biggest givers in San Diego.

He reached out to younger pastors. When I came to San Diego in the 1990s, it was known for having the “younger pastors” who had at least 10, 15, and 20 years of experience. He was a city-wide icon – but he still had time for younger pastors like myself, Charles E. Price, G.A. Williams, E.M. Williams, Edward Johnson, and others. He added me to the staff of the Baptist Ministers Union, when he was President, and we served together in the Progressive Baptist District Association.

I never will forget he was the guest speaker for New Hope Friendship Baptist Church’s Church Anniversary. The place was packed. During the offering he said this – “We can’t celebrate the bride (the church) without celebrating the groom (the pastor) . . .” and he reached over and gave me a generous check. It brings tears to my eyes because he didn’t know how needed those funds were.

In ensuing years, I’ve been a guest of Dr. Winters and Bayview (and of course his wonderful wife, Betty Winters) and he never put me up in a Motel 6 type of hotel. He was always generous and put me in beautiful hotels and great venues.

Dr. Winters’ monogram is easily that captain’s cap he wore around the country. You always  knew that Dr. Winters has a love for being near the ocean and from the highest point of Bayview, you could look down and see the ocean. He planted congregations with the “view” name attached, all thriving to this day.

An author and lecturer on Church Growth and a specialist on Stewardship. He took stewardship to another level and taught “grace giving” that meant that giving should not be restricted to just the tithe. In his tenure, Bayview built a beautiful sanctuary (and recently did a major remodel) and the Martin Luther King, Jr. Educational Building that houses offices, classrooms and a world-class dining hall. Additionally, the church owns significant amounts of property in the neighborhood. It’s a far cry from the day he became the pastor 40 years ago. 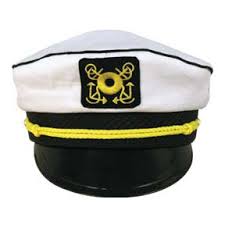 I pray that my friend will enjoy his well deserved retirement. He has hosted some of America’s best preachers. He has been a denominational leader within National Baptist Convention of America, Inc. International, and supporter of causes. He is an entrepreneur of the saved kind. And knowing him, retirement means he’ll have more time to devote to writing, travel (especially to Greece), and spending his golden years with Sis. Betty.

Whatever his next chapter will be, his gospel will remain the same . . . giving.