LOUISVILLE, KY – 20 years ago several charismatic baptist pastors organized what many traditional baptist convention leaders dismissed oft-hand, the Full Gospel Baptist Church Fellowship.  I remember having reservations about my local district association which decided to teach an entire week “against” their foundational statements and structures. There were many National, State, and District leaders that went on the record and/or in private discussions that said “(Bishop Paul Sylvester) Morton and them ain’t going to last ten years.”

I was in attendance at the very first session of the Fellowship in New Orleans and to be honest – I had some doubts but time has told the tale. I remember sitting way up near the top of the New Orleans Superdome and never having seen that many black baptists gathered together in one spot. The worship was unlike anything I had ever seen. Nomenclatures were used that I had never heard before in the Baptist Church – Bishops, Overseers, Tiers of Leadership, Presiding International Bishop, a Policy and Procedures Manual, Protocol – and a plethora of terms never used among us “good baptists.”

There was a sound from the music ministry that hadn’t been heard or seen before. There was jubilation. There was movement. There were keyboards and hammonds and drums and horns and then, praise and worship – which is now a staple in most of our churches. That act alone was amplified at Full Gospel. 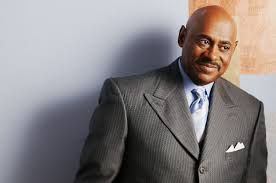 Twelve “founding fathers” – many of them who were supporters of the traditional baptist conventions – stepped out and stepped away to partner with Bishop Paul Sylvester Morton, pastor of the St. Stephen Baptist Church, New Orleans. Joining Bishop Morton was Bishop Odis A. Floyd (who had folded his Free Spirit movement in with Full Gospel) of Flint, MI; Bishop Larry D. Trotter of Chicago; Bishop Carlos L. Malone of Miami; Bishop J.D. Wiley of New Orleans; Bishop K.D. Johnson; Bishop Larry D. Leonard of Houston; Bishop Kenneth Robinson of Little Rock; Bishop Kenneth Ulmer of Los Angeles; Bishop Fred Caldwell of Shreveport; Bishop Robert Blake of New Orleans; Bishop Eddie Long of Atlanta; and Bishop A.R. Williams. (Sorry I don’t have all of the hometowns for the Bishops). These men constructed a new structure – from scratch.  Gone were District Associations, District Congresses, State Conventions and State Congresses, gone were even national “conventions.” They even had the “nerve” to change the administration of a national group of predominantly black baptists from a democracy to a theocracy.

The answer from Bishop Morton and the Founding Fathers was simple – “Baptists have a right to choose.”  While denominational leaders cursed them, the Fellowship grew. Younger pastors, who had no allegiance to the historic conventions or who saw no value in the conventions, left in droves. This was also around the time of the demise of Bishop College – where young seminarians were introduced to and received support from the National Baptist Conventions. Even pastors who questioned the necessity of supporting conventions where denominational leaders were not responsive or appeared concerned about them personally but were too engaged to operate corporately – that pastors and their congregants. Nobody wants to be a member of a convention and the leadership act as though they don’t care about empowering or encouraging the local pastors.

I saw young pastors, adult pastors, and elder pastors.
I saw singers and recording artists.
I saw an exhibit hall that offered resources that outweighed hats, shoes and suits.
I saw resources from colleges to insurance to information.
I saw giving on a level without brow-beating and coercing.
I saw corporate sponsorships coming from the likes of McDonald’s.
I saw a technical savvy like I’ve never seen before.
I saw youth and children stopping and praying for each other.

Full Gospel is open to all. There is no such thing as women being in subservant or secondary roles. There are pastors who don’t have women in ministry, but they aren’t protesting the vision of Bishop Morton, by allowing women to serve, preach and teach.

What you don’t hear are the chaotic reports, the excuses for dwindling attendance, the motions and seconds, and you don’t hear any pastor bashing – it is never tolerated. The people are taught to honor the men and women of God at the pastoral level. I have been strengthened this week, I’ve been encouraged this week, and I’ve been helped this week.

I don’t know about the four traditional conventions – but I think the paradigm has been challenged by Full Gospel and maybe the order needed a good holy kick. I predict that we may see, in this generation, either consolidation of some of the tradition conventions or in order for them to survive – a drastic change is in order.