“My Storage Is Empty” 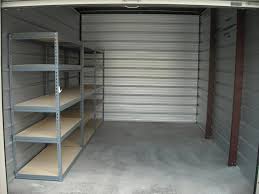 For some strange reason, this week I’ve been ministering to several pastors who are on the precipice of giving up. Two have larger congregations than the one I serve.  Two have similar sized congregations.  And two have smaller sized congregations. They have expressed different reasons and they all have (paraphrased) the final bullet point: “My storage is empty.”

THE PASTOR NEEDS AN ENCOURAGER

Surprise! The encourager-in-chief needs an encourager. He or She needs somebody who can break from the ranks of the naysayers, skeptics and silent saints and muted members who can encourage the Pastor.

In my church there is a couple that never ceases to be an encouragement to their pastor. I’ve been on the road preaching quite a bit lately.  In the last three weeks, I’ve had the burden of preaching through a series on “The Blood” and preached a Revival and preached three annual days and then a wedding.  When I came home on Sunday morning after flying into Louisville early Sunday morning, went straight to the pulpit, attended a fare-thee-well for two of my ministers who are moving to another city, and then preached at an annual day 40 miles away. I literally had to crawl up the stairs and went to sleep for over 12 hours and woke up not refreshed but exhausted. My wife had laid out my mail that I received and there were two notes – one was a Pastoral Appreciation Month card and the other was a Marriage Anniversary card for me and my wife, along with a gift in each. The amount is meaningless, but the sentiment was priceless.

I don’t care what size the congregation is – the pastor needs somebody to encourage him or her to keep on keeping on.

THE PASTOR NEEDS SOME TIME

No, I’m not talking about vacations. I’m talking about the time that it takes to be renewed and refreshed. After talking with many pastors across the country I’ll let you in on a secret – many pastors have developed terrible prayer and study lives because they are over-scheduled and over-committed.

One of the blessings of being a full time pastor is the premise of the promise of time. However, I’ve seen pastors with the time who wrap themselves up with conventions, community activities, athletic events and then come to the pulpit or teaching moment exhausted because their priorities were out of order.

THE PASTOR NEEDS A PASTOR

I never have understood this new fangled (or should I say tangled?) concept that the Pastor only needs Jesus. That argument is the same argument we bristle at when we hear it from our church members – but some pastors model an ungodly, ungrateful and rebellious attitude when it comes to being pastored.

There has never been a period of time in my life when I didn’t have a person that I could point to and say “that’s my pastor!”  From a child getting introduced to Jesus, the late Rev. Sylvester McCullumn, who founded the Morning Star Missionary Baptist Church while serving as a shipyard foreman, was my pastor. When I became a teenager, the late Rev. Dr. Arthur Bernard Devers, I, not only was my pastor, but because of the divorce of my parents, he was a father-figure for me and nurturer.  In my late 20s, the Rev. Dr. Johnny Pack, IV became my pastor and under his leadership I discovered a preacher – Robert Earl Houston – that I didn’t know existed under the weight of trying to be like others.  When I moved to Fresno, California in my early 30s, the late Rev. Dr. Carl J. Anderson, founder and builder of the historic St. John Missionary Baptist Church became my pastor until his passing. I had the privilege of being one of his sons and Pastor was always kind and took out time to see how I was doing. After his death, I united (in long-distance fashion) with Bishop Darryl S. Brister of the Beacon Light International Baptist Cathedral in New Orleans. Bishop is a “thinker” in Biblical Exposition, prolific writer, and I was honored to be counted as one of his sons.  I then united with the Greater Trinity Missionary Baptist Church after almost walking away from ministry, and I was put to work by my pastor, Dr. Clyde Elliott Gaines – who would not allow me to fall off the face of the map.

Then I moved to Nashville at the request of my current pastor, Minister Barton Elliott Harris, who not only was my pastor in name, he was my pastor and still is, in deed. Pastor Harris has led Westwood Baptist Church, University Center for over two decades, but he has been the person I call with questions, advice, and encouragement.  I left Westwood to come to Frankfort four years ago and every year, we renew the fellowship – he preaches my pastoral anniversary and I preach their Church Anniversary. He has never failed to be a factor in life issues that I’ve had – surgery for cancer, death of Jessica’s dad, the burning of my home church, and other situations and circumstances.

No matter what your title – Reverend, Doctor, Bishop, Apostle, Overseer, etc. you need a pastor. And churches should encourage pastors to find a pastor. You can join the local church (if you think that’s necessary) but you still need a pastor. Don’t fall for the trap that you need a pastor who pastors more folk than you do – sometimes the pastor who has the smaller congregation, with wisdom in his visage and heart, is priceless.

These are just three suggestions to help somebody get back on track. Many pastors have “Hallelujah Sundays” and “Depression Mondays” emotionally because of humanity. I do know this – pastoring is a long distance course and not a sprint. Don’t let your pastor go through the process of pastoring by him or her self.

YOUR COMMENTS ARE WELCOME