What Happens If You Lose? 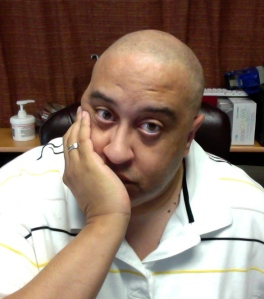 The campaigns are in full-gear. I have a few observations after listening to some discussions and it boils down to one simple question:

“What happens if you lose?“

I would love to hear, for once in my lifetime, the losing candidate of a national baptist election to say these words: “I want to congratulate the winner and assure him and the convention of my loyal support.”

Unfortunately, in recent convention history a phenomenon has developed negatively. Let’s walk through it.  I’ll use my name as an example, but remember, I have NEVER ran for National Office (and have no desire to):

Dr. Robert Earl Houston decides to run for national president. I then assemble a campaign team, including a campaign director, meet with various state leaders, raise (or borrow) money, then devote myself to running, showing up in various venues, and then conduct a campaign that may not be holy and always ethical. I may have to utilize some “bulldogs” in the trenches to try to deter, destroy and defeat the integrity of either the sitting president or those who are candidates as well – and yet be at arms’ length enough away that if my campaign gets called on it, I can say “I didn’t say that.”

Of course, I have to have a slogan. Let’s see . . . How about “Robert Earl for Prez” – that’s catching. I need a marketing strategy, website . . . oh yeah, gotta raise more money, because the cost of running for a national office can reach six figures. I have to make sure my wardrobe looks “presidential.” Gotta have a media team – to reach out to the younger pastors and to look hip (even though a national convention has not had a president under 40 since PNBC did so in the EARLY 1980’s) to this newer generation, I need a media coordinator, a “twitter-er,” a web designer, videographer, photographer, and maybe I need to release a “fresh rhema word” everyday to draw in younger preachers, because you know younger preachers value flash over ethics.

Then the day of the election comes and the delegates cast their votes. I make sure that the photographer takes the photo of me emerging from the voting station. I’m going to walk the hallways all day and prepare for the announcement along with my team. Of course, they are going to surround me at the microphone, current leadership be damned.

Damn. After all that work, energy – matter of fact, I raised more money in running than the national convention raised in foreign mission giving and home mission combined. My slate of officers, where I promised some of the pastors intricate roles in the Houston administration, is now history. And I am pissed off that the collective convention could not see the vision that I saw for leadership. They’d rather choose the one who won by a legitimate vote instead of the one who had the great campaign, multi-media, twitter, instagram, LinkedIn, YouTube (after all of those commercials I authorized).

So, I get up, and signal for everyone following me to walk out of the hallway and we are not coming back. Let’s see how they do without me and all of the churches and pastors who have committed to me. Let’s see how much money they raise now. Let’s see how many mission projects get funded now. Resurrection of Bishop College? Won’t happen now. Because when we leave, nobody will come to the convention. The convention will be a hollow shell. And the new President and his campaign staff and convention leadership can all go to hell, as far as I’m concerned. I might even meet with my supporters later this week and maybe we’ll form a new convention or call it a conference or fellowship. THE END.

What any losing candidate should do is:

a.  Swallow your pride and congratulate the winner, (shake hands, hug) immediately, on stage. Right now!

b.  Ask to address the audience after the winner speaks and say to the body:

“Brother President elect. I ran for the office because I wanted to see substantive change in our Convention. However, I yield to the will of God, who has spoken through these voting delegates. I am disappointed, but above everything, I am a called man of God who understands that a three-fold cord is not quickly broken. Therefore, I want this convention and this President to know that we are not nor never been enemies. We are brothers who met somewhere at the cross. And I want all my supporters and delegates to stand and as the late Dr. A. Louis Patterson would say “Appreciatively applaud OUR president – I said OUR president. And we aren’t going anywhere. We shall support you and your vision for this convention, to be the best of our abilities.”

c.  And the winner needs to consider utilizing people who supported the losing candidate in positions as well. Winning a convention and going to war with a segment of the convention doesn’t make sense. There are gifted people who supported other candidates – it doesn’t mean that just because they didn’t vote for you that they are less gifted or won’t support you as well.

Otherwise, we will not have to worry about the government or Southern Baptist or Full Gospel or American Baptist or GUF destroying us – we’ll do a fine job all by yourselves.