Celebrate those in the Trenches 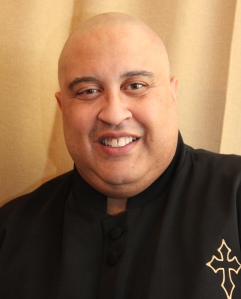 Often times, we in the modern church have a tendency to celebrate only the successful.

We celebrate and program those of “mega status” and we celebrate (rightfully) their accomplishments. The crowds. The traffic. The lights. The celebrity of it all.

However, I think we do ourselves a disservice when we celebrate the celebrities of the Kingdom and overlook those who are in the trenches, below ground, who may not have the five star worship experience – but they are solid in the faith.

For years I attended the WHW and E.K. Bailey Conferences which are mostly populated by pastors and ministers who are not household names to the nation, but they are household names in their communities. Some of them pastor and work full-time jobs. Some of them pastor in cities with less than 500,000 in populations. Some (like me) are in a “in-between” community – it’s not the city, but it’s not the rural area.

There are pastors and ministers that you’ve never heard of that can “preach the horns off a billy goat.” My former pastor, Bishop Darryl S. Brister used to say that “most preachers are just one exposure away from greatness.” I honor today those who are not in the mega churches but their pulpits are major, in the words of Dr. Melvin Von Wade, Sr.

I’ve pastored two congregations in very large cities – Porltand and San Diego; Served a congregation on staff in Nashville. I’ve pastored in a large city – Fresno; and now I pastor in an “in-between city” albeit a state capital city – Frankfort, Kentucky; There is a dynamic in all five cities – there are preachers of every stripe, talent, gift and ability. Some of who pastor congregations that are not large in membership, but the pastoral preaching and teaching they receive is off the charts.