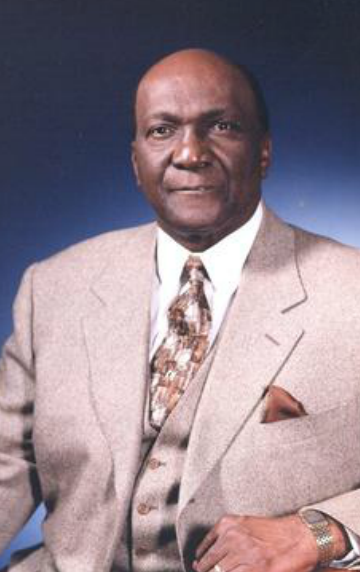 ST. LOUIS, MISSOURI – The Pastor, Officers, and Members of Mercy Seat Missionary Baptist Church are deeply saddened by the homegoing of our beloved Pastor Emeritus, the Reverend Dr. James Brown, Sr., who went home to be with the Lord this morning, January 20, 2018.

Dr. Brown was called to the pastorate of Mercy Seat in August 1985 and accepted the call and responsibility as the eleventh pastor of the church. He built his ministry on the premise that Mercy Seat would be effective in her three-fold ministry of mission, evangelism, and education.

Under his leadership, the Lord showed favor upon he and Mercy Seat: Two 15 passenger vans were purchased and replaced with a 24 passenger bus; a program was designed for total membership involvement and participation from the children to the Golden Agers was implemented; the Tuesday Evening Prayer Service and Weekly Bible Classes were strengthened along with a strong Christian Education Ministry; A Children’s Church was established; additional parking lots added; Expansion of the Sanctuary with seating exceeding 1,100 and creation of an educational facility with needed classrooms and assembly room; a Food Bank was established; Purchase of additional lots surrounding the church and a 43 unit senior apartment complex was built in conjunction with the US Department of Housing and Urban Development; In 2005, an elevator was installed for the benefit of the church members and guests.

In December 23, 2010, the City of St. Louis approved of an ordinance drafted by Alderman Terry Kennedy which created an honorary designation of the 4400 block of Washington Boulevard as “Rev. James Brown, Sr. Avenue.”

Pastor Brown retired in 2015 after serving Mercy Seat for thirty years. He was then asked by the Church to serve as Interim Pastor during the transition of the call of his successor. Pastor Brown served FAITHFULLY!

We ask you to honor the privacy of the Brown family at this time and allow them the time to grieve privately. We ask you to pray for his wife, Lady Carole Brown, and their children, grandchildren, and great-grandchildren, relatives, and friends. He leaves a heart-broken Mercy Seat Missionary Baptist Church family, Berean District Association family, Missionary Baptist State Convention of Missouri family, and National Baptist Convention, USA, Inc. family – including those who attended his National Baptist Congress class that he taught from the Book of Revelation.  Homegoing Services are pending at this time.

It is only befitting that we remember and honor our shepherd with a scripture – to comfort our hearts: “Now may our Lord Jesus Christ Himself, and our God and Father, who has loved us and given us everlasting consolation and good hope by grace, comfort your hearts and establish you in every good word and work” (2 Thessalonians 16-17).

In honor of Pastor Brown, the pastoral pulpit chair will be draped until April 8, 2018, as we remember our dynamic and God-led pastor emeritus. May the Lord bless the works of his hands and the teaching that he instilled in our congregation.